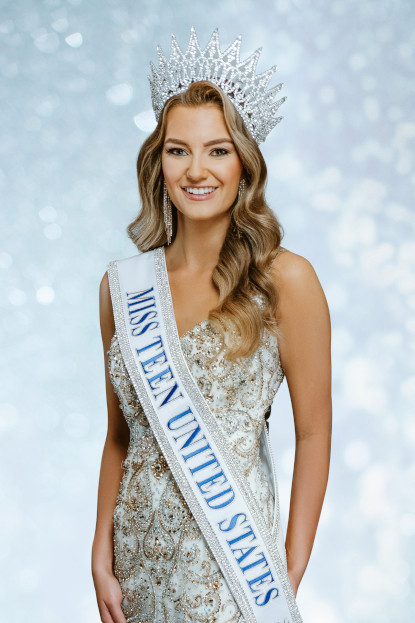 Haley, a junior at North Dakota State University, in Fargo North Dakota, is pursuing a Bachelor's Degree in Accounting with intentions of obtaining a CPA license. Haley has hopes of becoming a forensic accountant with the FBI one day.

Born and raised in Brainerd, Minnesota Haley learned her love for community and volunteering. She has been active in her community and has logged thousands of volunteer hours over the last several years and was even named Brainerd’s Youth Volunteer in 2018. Competing in the United States National Pageant system for 5 years she has volunteered as Miss Teen Midwest, Miss Teen Baxter, Miss Teen Gull Lake, and Miss Teen Minnesota. She loves the United States system because of the dedication to service they stand for.

Hearing that someone in your family has cancer, especially a child, can be hard even for a 14-year-old. Haley’s cousin was  7 years old and diagnosed with terminal brain cancer called Anaplastic astrocytoma grade III (AA3) in 2014. Allison, Haley’s cousin, taught many so much. She had a heart of gold, she was loving, caring, funny, and out-spoken. At the end of her life she still never complained about why she can't do what other kids could. That just shows how strong and brave she was. Ally's cancer turned into a glioblastoma, the worst kind, in over a 6 week period. She lost her battle on December 10th, 2016.

Haley became passionate about advocating for childhood cancer awareness when her cousin was first diagnosed. She started Ally’s Wings, a 501(c) 3 non-profit, that brings awareness to the lack of national research funding in the US for all childhood cancers. Ally’s Wings also makes tie blankets/care packages for kids battling cancer. Haley has a goal to deliver a blanket to all 50 states! As Miss Teen United States Haley is excited to bring awareness to childhood cancer.

Get in touch with our staff for complete information on how to get involved with United States National Pageants.