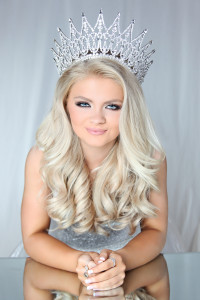 Isabella Ilacqua had an idea over thirty years ago of empowering women through open and honest competition, in which the contestant was the focus.  In keeping with this goal of being open and honest the United States National Pageants has always clearly put expectations in writing and has worked in the spirit of those expectations.  It was brought to our attention after the crowning of Miss Junior Teen United States – 2019 that the Queen had violated those expectations.  Unfortunately we have not been able to come to a remedy for this and are crowning the 1st Runner-Up.

We are proud to announce our new Miss Junior Teen United States – 2019, Angel Maddox.  Hailing from Alabama, Angel will promote her platform “Hands of Hope” with a new megaphone that is the National Crown.

Isabella’s focus and inspiration was the women and we will continue forward as she intended by being United by Family and Community.

Mrs. United States National Pageant, Inc.™ was created by Isabella Ilacqua over 30 years ago with a focus on the contestant. The roots of its humble beginnings were wrapped around the needs of, and opportunities for, married women.

Yet soon after its inception the pageant’s focus became more encompassing, resulting in the empowerment of girls, young ladies and women presented in a multi-division format.  The resulting system, the United States National Pageants, speaks to the matters that count most - those uniting and enriching both family and community.  The system now comprises eight full divisions of girls, young ladies, and women from eight-years old and up.

Get in touch with our staff for complete information on how to get involved with United States National Pageants.